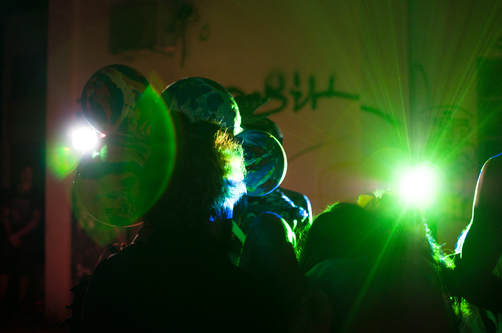 Performing Utopia; celebrating 500 years of radical thinking
Athens School of Fine Art
27th of May to 6th of June 2016

The second edition of the ASFA Barbecue will celebrate and reflect on the 500th anniversary of the publication of Thomas More’s radical speculations on social organization. There is a shift in the direction of the festival from the human body to the body politic (the theme of the previous edition of the festival was Bodies that Resist), with art being the instrument for imagination and re-constitution. The invocation utopia may seem overambitious, even ironic, if one considers the living situation in Athens today. Nevertheless, the necessity of thinking the conditions of living and creating together, in the fashion that More did 500 years ago, is even more pressing in a context of the continuing disintegration of social and political institutions. Utopic thinking and creating can protect and cultivate creativity, if only temporary, from the pressing challenges of a society in crisis, allowing the space and the time for experimentation and reflection. 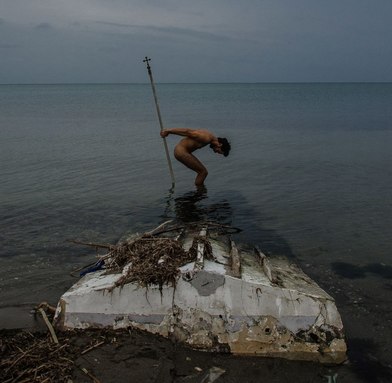 Our bodies turn progressively into a form of work under the influence of image and technology; an object to be produced and consumed. A dominant and dominating image of the 'right' body is imposed by a visual culture very much organized around commercial advertising and celebrity worship[1]. The means for adapting to this imperative are pervasive, augmenting the discourse of the imaginary destabilization of the body with new technologies of discipline (fashion, surveillance, diet, exercise, cosmetic surgery, photography). A discourse of self-actualization encourages further these pressures normalize body and subjectivity, extending the mechanisms of control in the most intimate spheres of existence, while varied expressions of body dissatisfaction manifest themselves in physical symptoms of distress resulting from the aforementioned destabilization.

Affirmative biopolitics, a notion that comes from the recent work of the italian philosopher Roberto Esposito[2], allows to maintain and even encourage the resistances of the body that tends to be naturalized or neutralized of its anti-identitarian moment,[3] by the dominant ideology and the technologies of control. For Esposito biopolitics stands on an extreme threshold between the negative politics of death and the affirmative politics of life's intensification. It is necessary to think how the process of imaginary representation of and identification with the body allow for the possibility of affirmative biopolitics, namely a shared imagery of the body that is both stable enough for supporting the constitution of subjectivity and also fluid to allow enough space to accommodate the complex and multivalent desire of the subject. The image-body becomes the pivotal point for critical practices as it provides for non-exclusionary, complex, dynamic and at the same time egalitarian conceptualizations of subjectivity. The ambiguous, Real body –by  raising questions while withholding definite criteria for the answer– is challenging normalizations and activating the subject, who gains the power to figure out the interpretation and therefore the normalization discourse, the hierarchy, and the subordination it chooses to submit to.

Alas, the interrogation of the possibility of an affirmative biopolitics should transcend the limits of theory and of language if it is to realize its full potential. It is necessary to perform this critique by acting it out in bodily movement. One should use its own and other bodies  performatively as substitute mirrors in an attempt to “see” oneself and to learn something physically about the body. Experiential anatomy and somatic investigations are yet another platform from which everybody has to construct a movement vocabulary that addresses the questions around the body and constructs affirmative biopolitics. Movement research should supplement critical theory in an integrated methodology that addresses body, subject and liberation.